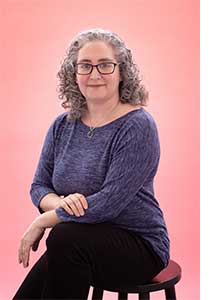 Interim Executive Director Vanessa Adato has been the Managing Director of BAX | Brooklyn Arts Exchange since 2001. Prior, she was the General Manager from 1998-2001. She has been an integral member of the leadership team and has overseen the growth of the organization from $300,000 to its current near $1.5 million dollar budget. Adato works closely with the Board of Directors on fundraising initiatives and other organizational objectives. She has participated in a wide range of notable workshops and seminars including the Arts Leadership Institute (Arts & Business Council), EMCarts Innovation Lab, the National Guild’s Fundraising Lab, and the Devos Institute, among others. Prior to BAX, Adato worked at the American Dance Festival as a Special Projects Administrator. A former dancer, BAX is deep in her DNA and was the first performance venue she participated in after graduating from NYU’s Tisch School of the Arts in the early 90’s.

[back to staff page]