A series of weekly evening classes for adults and teens, ranging from beginners to intermediate experience levels in dance, movement, and drag performance, taught by esteemed BAX faculty and Guest Artists. Flexible registration is available by week or for the full 9-10 week series and offered on accessible, select-selected, tuition tiers. 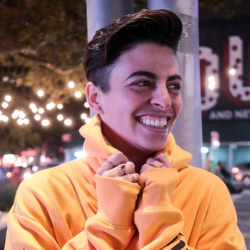 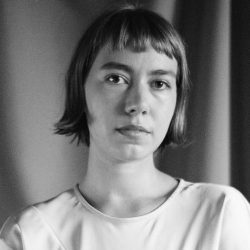 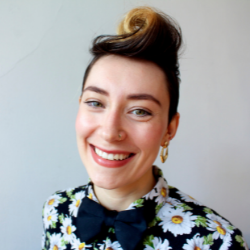 Cancellations more than 2 weeks in advance of the class will be accepted and refunds/credits can be issued.

Cancellations with less than 3 days notice may not be eligible for refunds.

The GYROKINESIS method is a movement system that takes a holistic focus. The class travels through fluid movement sequences where participants will challenge and increase their range of motion, stimulate their nervous system, and create functional strength. Over the class hour, we will move through a range of repeated sequences that uniquely require coordination of the physical body, breath, and focus. Long lines of contrast in the body coupled with generous stretch and expansion in the joints and torso leave class goers feeling longer, taller, and more connected to their kinesphere.

Emily Kessler (she/her) is a Croatian-American dance-based artist raised in the United States and Switzerland. Since moving to New York, she has had the pleasure of performing work by Elena Bajo, Doug Varone, Phoebe Berglund, Jee Eun Ahn, Stuart Singer, and Matthew Westerby among others. Her own work has been performed in New York, New Jersey, Pennsylvania, Texas, Singapore, and Vietnam, and she has been an artist in residence at Chapman Steamer Arts, Sky Hill Farm Studio, Utica Dance, Mount Tremper Arts, Cunneen-Hackett Arts Center, Peaceable Barn, and the Neuberger Museum of Art. First introduced to the GYROTONIC® Expansion System at 15, Emily dove further into the method after she graduated from SUNY Purchase Conservatory of Dance and moved to Brooklyn. GYROTONIC® and GYROKINESIS® work help her feel at home in her body, and she seeks to empower others to feel the same through its movement methodology.

This fun, high-energy, class will focus on strength and confidence building skills as we get in touch with our bodies. By working on new choreography weekly and strengthening improvisational skills with choice making, we will develop our personal styles!

Skye Montante (she/her) began studying ballet at Petaluma School of Ballet at the age of 8. In later years as she was introduced to other forms of dance; she found her true calling with Hip-Hop and Contemporary styles. She continued her dance through college and graduated from San Francisco State University with a BA in Dance. While in school in San Francisco, she taught youth and adult classes at ODC School of Dance, City Dance Studios and after school programs and summer camps. She studied abroad in Argentina at IUNA University furthering her studies in Ballet and Modern dance. While studying in Buenos Aires, she began to work at PeiMei Studios, teaching Contemporary Fusion dance. Since moving to New York she has taught both youth and adult classes in multiple studios/schools including Brooklyn Arts Exchange, SassClass and Peridance-as well as being a guest artist at Frank Sinatra High. Skye’s focus as a teacher and creator is to help her dancers find their own individual voice and establish a safe space to move. She continues to work as a freelance choreographer, creating personal projects and looks forward to her continued growth as a part of the New York City Dance community

Drag Performance: Between & Beyond Gender (In Person)

This class focuses on developing drag characters that expand what it means to be a drag queen, king, thing, in between or beyond what we’ve seen. Through group games, writing prompts and discussion, solo and collaborative movement exercises, we give ourselves permission to express the full range of who we are and can be while releasing narratives about how we “should” move, express, or dress based on gender norms we’ve inherited. We experiment with the tools of pantomime, clowning, lip sync, caricature, structured improv and intuitive movement to build towards in-process drag performance acts. While this class is focused primarily on performance skills, we touch upon what goes into making a drag act including: makeup, costumes, creating a musical track, movement choreography and technical production choices.

*All in person events will follow up-to-date City and CDC covid-safety recommendations.

Kelindah Schuster (they/them) is a nonbinary educator and drag performance artist known as “Theydy Bedbug” who grew up in Singapore and Indonesia. They studied Drama and Gender studies at Vassar College and have been teaching, technical directing, and creating art at BAX since 2015. As their performance persona, they have performed and produced in venues such as Pioneer Works, Gibney Dance, Dixon Place, Triskelion Arts, Coney Island USA, The Stonewall Inn, UCB, Chelsea Music Hall, The Tank, BAM, VICE Headquarters, Columbia University, National Sawdust, and The Knockdown Center. They are the current reigning Mx. Brooklyn and since the pandemic have been co-producing a monthly online drag show which raises funds for a range of Black trans centered grassroots orgs and artists. Their teaching makes space for problem-solving societal dilemmas, imagining new possibilities, and expressing differences with joyful authenticity. They believe that access to spaces of genderful play in performance and creation is a step toward collective liberation. www.kelindahbee.art/radical-educator. 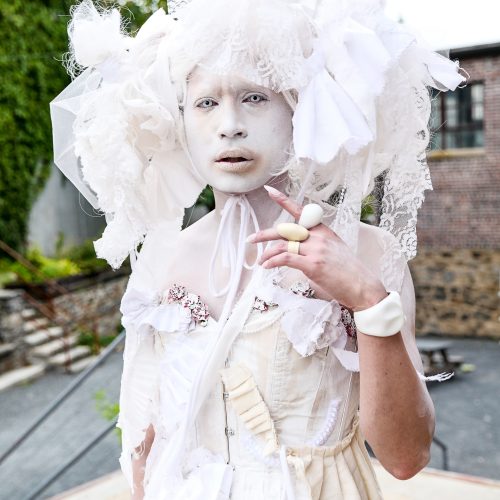 Untitled Queen is a Filipinx and Boriquén artist, drag queen, writer, decolonizer, and community organizer based on the stolen land of the LenapeHoking, (so-called Brooklyn, NY). Through the interplay of drag, sculpture, drawing, and installation, she tells deeply emotional stories on a continuum in a constant flux of construction and deconstruction. In 2020, She presented Untitled (World), the first global LGBTQIA+ digital drag show, with 47 drag artists each representing 1 country, and benefitting 3 HIV/AIDS organizations in honor of World AIDS Day. She has been a fellow at the EFA Project Space Gallery Shift Residency and Urban Glass Residency in NY. 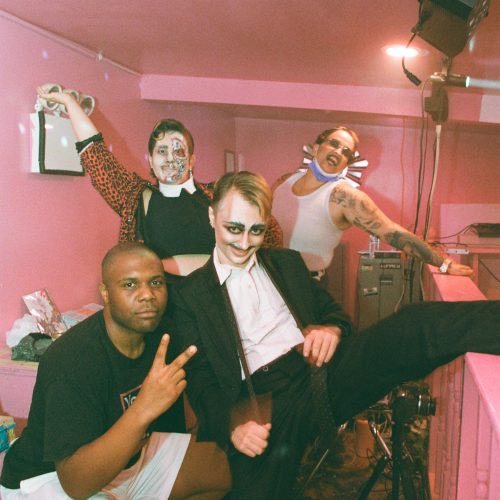 The Cake Boys are a network and platform for live, digital, and hybrid events to showcase Drag Kings and alternative queer & trans performers.
The Cake Boys serve a unique and growing community within the NYC Drag scene and beyond, elevating underrepresented talent and introducing new audiences to varieties of drag not yet seen on television. The Cake Boys performer network includes over 100 artists and growing, with open set opportunities for new performers every month.
At the helm of our productions both on stage and behind the scenes are Muscles Monty, Richard, Senerio, and Sweaty Eddie. 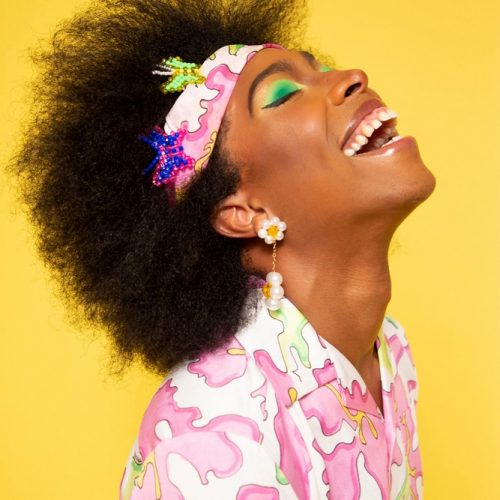 Q: What is the cost?

If you are able to pay slightly higher than the at cost fee, you will enable someone else to take the class who may otherwise not be able to.
If you need a reduced fee, you will have the opportunity to request financial aid in the application.

Q: Will we be learning drag makeup skills?

A: This class is focused on drag performance, developing a character, and producing a 3-5 minute act. We will touch on makeup and costume as it relates to character expression but we will not delve in-depth into makeup techniques beyond general recommendations.

A: Show: The workshops will take place at the BAX building which is currently not ADA accessible. Any artist who would like to participate in the class but for whom the inaccessibility of the building is prohibitive will be prioritized for registration for the next zoom cycle in Spring 2023 (dates TBD).

Class: The show will take place at the BAX building which is currently not ADA accessible.The show will be livestreamed for remote access. Please reach out to artistprograms@bax.org if you would like to discuss access considerations.

Q: What are the COVID considerations of the in-person rehearsal period and show?

A: Class: Applicants are required to submit proof of vaccination upon application. As of now, participants will remain masked for the majority of the class. When individuals are performing lip syncs or in-progress performances, they will have the opportunity to unmask while the rest of the class remains masked. We will have air filters, fans and windows cracked to increase air circulation.

Q: I have no experience in drag! Is this class for me?

A: This class is for anyone looking to experiment with drag as a form of creative expression amongst a supportive class community. Some people who take this class have drag experience and use this space to craft a new act or learn more about their character. Others are dipping their toes in for the first time!

Q: Why is there an application?

The purpose of this informal application is to gather information about potential participants in order to select a balanced cohort of no more than 15 participants.